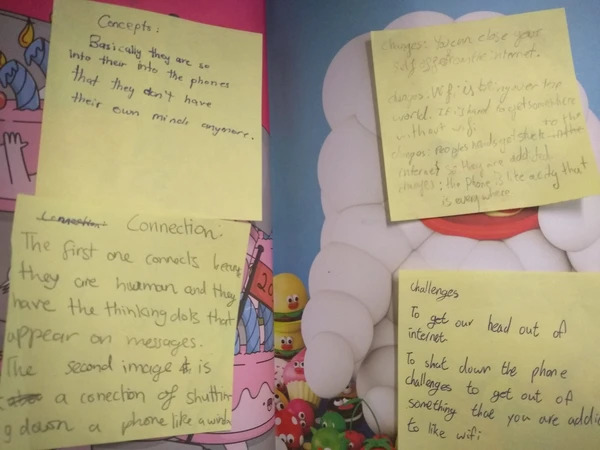 How EYEYAH! can be used in the classroom

Also known as P4C, this is a movement that aims to develop children’s cognitive, social and emotional development. P4C is not a lecture-style ‘class’. Students and teachers rather sit together (usually in a circle) and, after establishing an intellectually-safe learning environment, discuss simple yet thought-provoking topics, many of which are child generated.

The teacher can show an image from the magazine and the children are encouraged to think of a question about the image and what it conveys. They then vote on the question they would like to discuss and it goes on from there. This is a child-led sessions, facilitated by the teacher.

Eyeyah can be used in a series of child-led sessions where children are invited to share ideas and comments and discuss the magazine either as a class or in small groups.

From then on, class discussion about phones and the role they play in our lives. This creates a conducive environment to discuss important topical issues raised by some of the artworks such as online strangers and addiction.

Children are placed in small groups and asked to comment on the 4C’s: